A BARREL OF LAUGHS? 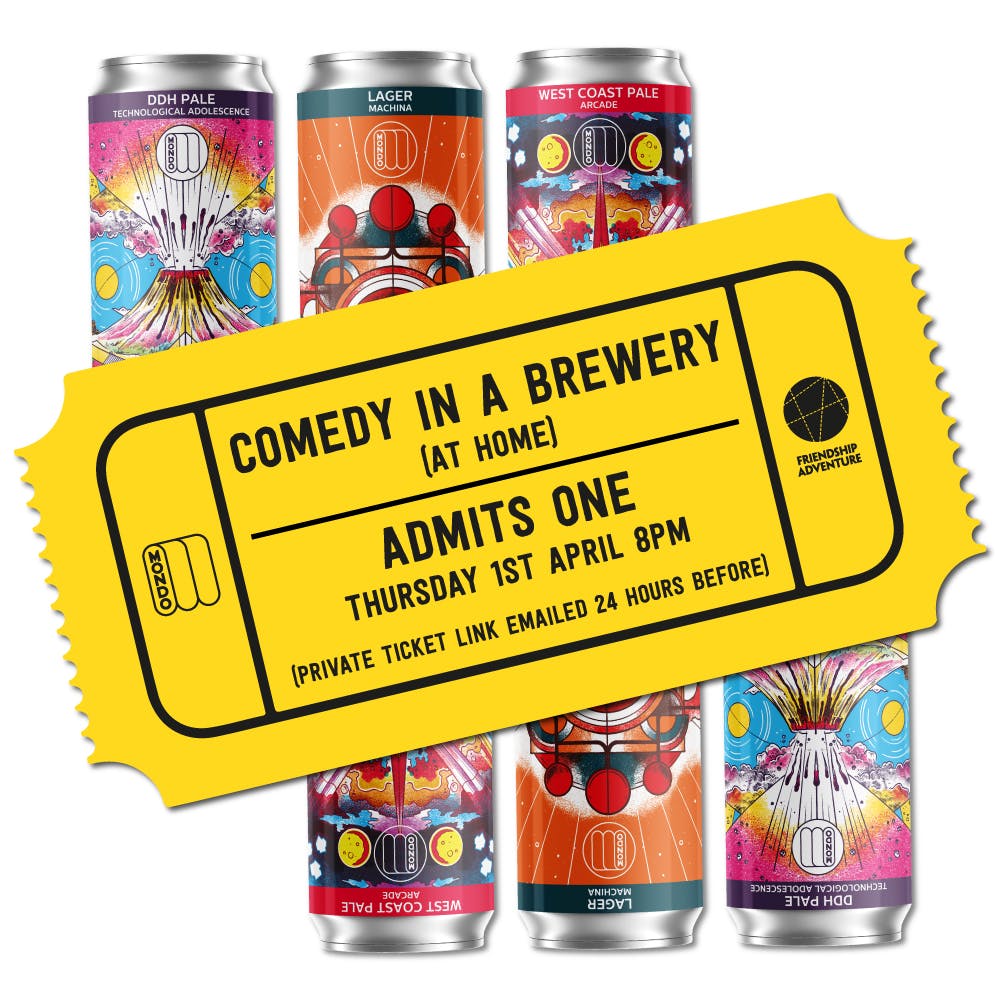 COMEDY IN A BREWERY (AT HOME)

We’re joining forces with Friendship Adventure for an evening of comedy at home. Featuring a fantastic line up of critically acclaimed comedians including John Robins, Lou Sanders, Ben Target, James Dowdeswell, and Naz Osmanoglu, with more to be announced, you can enjoy the highest quality craft beers alongside hilarious stand-up for a bit of fun while we ride out the last of lockdown.

Prior to lockdown, Friendship Adventure hosted comedy nights in Mondo’s taproom, and they were always high standard, always sold out, always hilarious. If you’re missing comedy and craft beer, this virtual event is guaranteed to bring some much-needed laughs to your life.

The beer and ticket bundles are on sale now through both of our web shops.

For £27, you can enjoy a great value 440ml taster 6-pack with free shipping, including two Arcade 4.8% West Coast Pale Ales, two Technological Adolescence 5.1% DDH Pale Ales and two Machina 4.1% Lagers. Add any additional beers or merch to your cart with a 10% discount automatically applied. A portion of ticket sales will go to charity.

The show will be available to watch from Thursday 1st April at 8pm. The link and password will be emailed 24 hours before the gig, and you’ll have seven days to watch and enjoy.

John Robins is one of the most critically acclaimed stand-up comedians of his generation and is a familiar face on TV having appeared on Live at the Apollo, Mock the Week, Drunk history, Live at the Comedy Store, and more.

Lou Sanders is considered one of Britain’s most original comedians and has appeared on several shows including The Late Show with James Corden, Live at the Apollo and the Russell Howard Hour.

Ben Target is an alternative comedian renowned for his absurdist approach to comedy and has gained a cult following since 2010.

James Dowdeswell is an imaginative storytelling comedian who combines deft stand up with daft stories. He is a headline act at most top UK comedy clubs.

Naz Osmanoglu, star of BBC’s Flat TV, Horrible Histories and Comedy Central’s Drunk History, Naz regularly performs on the London circuit as both a stand-up comedian and character act and has taken multiple shows to the Edinburgh Fringe on his own. 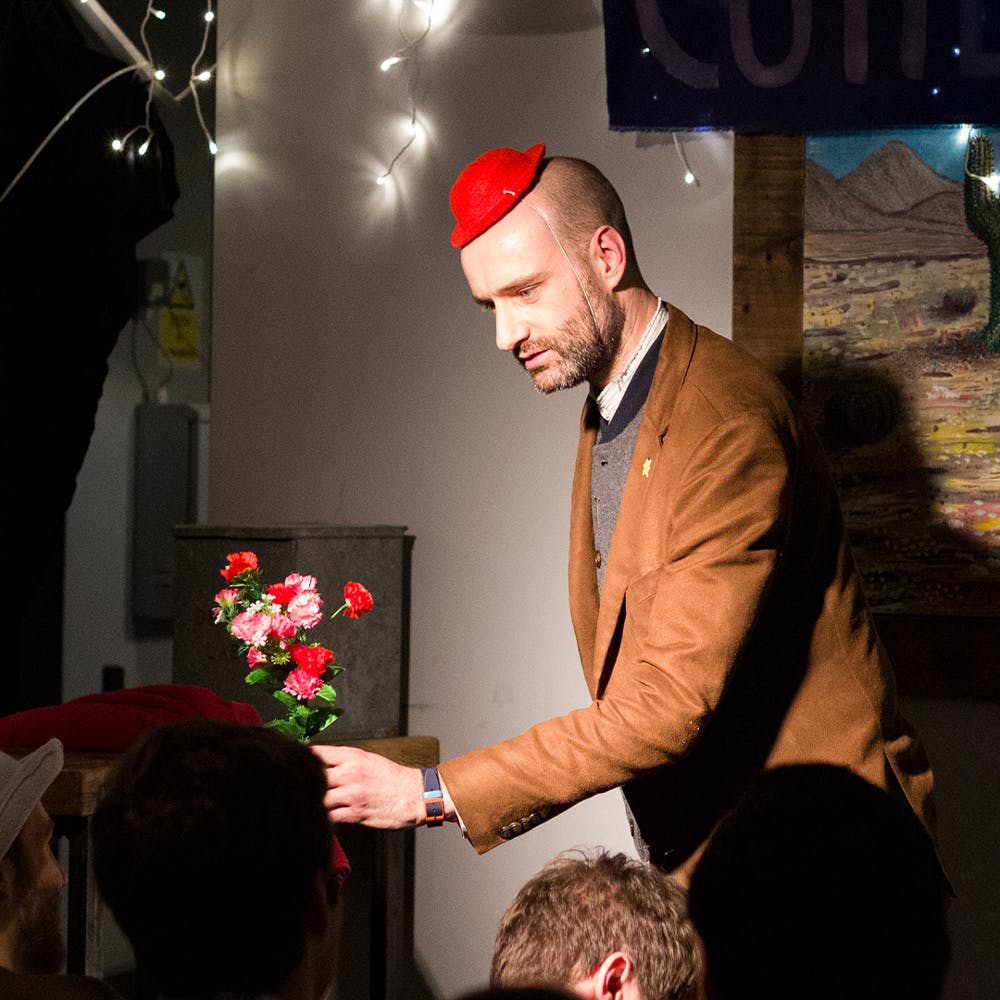 In line with Covid regulations, the sets will be produced in advance, with the comedians filming their acts at home.

MAKE THE MOST WITH MONDO
THINGS ARE HAPPENING