The Summer We Won’t Forget

Well, we have had quite the summer of events!

It all started with 10 days in Brockwell Park. No we didn’t just hang out in the park randomly, we were invited by our friends at Five Points to be part of the London Brewer’s Market. A little haven of craft beer that saw us pouring our beers at some of the best music festivals over the course of 10 days. It really set us up for the wild summer ahead and we loved every minute of it.

This year we partnered with We Are Beer meaning we joined them all over the country at their beer festivals. Starting off the event season in Bristol, we joined the incredible plethora of breweries at the Lloyds Amphitheatre! We took a range of our best seasonals for the festival and it was clear that Ronnie, our grapefruit IPA, was the fan favourite closely followed by our Saison, Season of the Witch.

After our lovely weekend in the West Country, we had a couple of weeks of local events. Two weekends spent as part of the gorgeous Summer in Battersea Park events. This was as local as it gets for us and was a brilliant opportunity to connect with the community. One of these weekends coincided with Pride in London which we were beyond lucky to be invited to “pour” at. Cans of Mondo made their way out to the beautiful crowds at Pride on Saturday 2nd July and it was an honour to witness such love and happiness in Trafalgar Square that day. 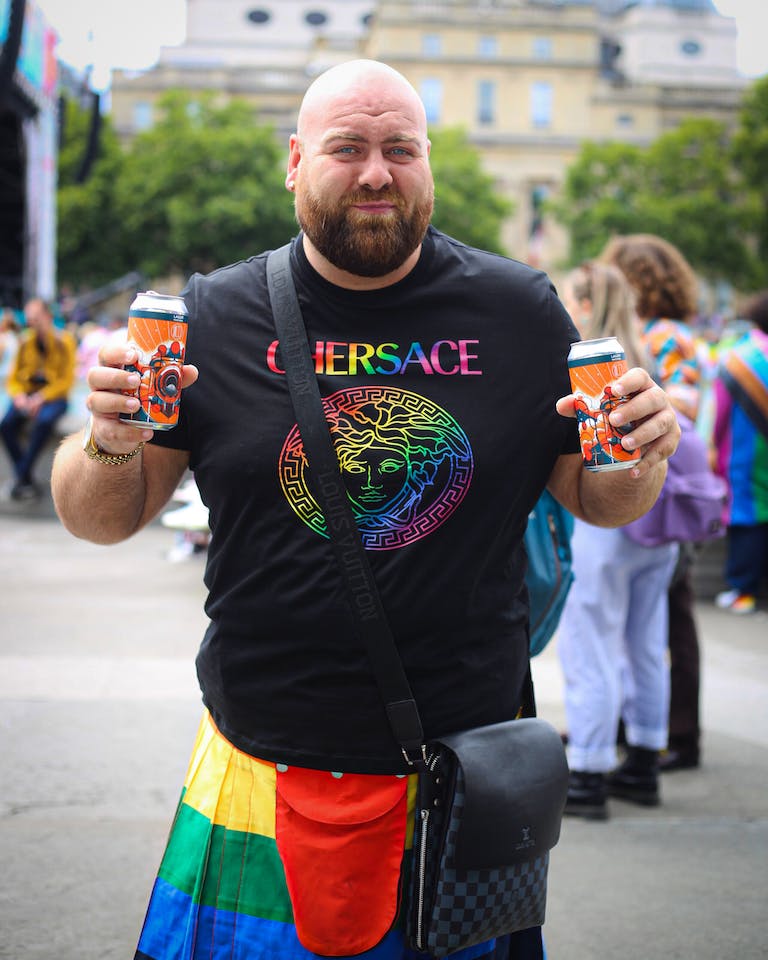 The second week of July saw us heading up to Glasgow for the second We Are Beer event of the year. Normally in Edinburgh, this year’s Glasgow Craft Beer Festival was the first of its kind. It was great to meet a new customer base and connect with some of the breweries local to Glasgow and surrounding areas.

After Glasgow, we headed to Manchester. Famously known amongst the breweries as the most fun beer festival to work and it lived up to the expectations! We hunkered down in the vast Depot Mayfield for the weekend and had so much fun. Everyone was so excited to be there, customers and breweries alike, it made the atmosphere truly electric!

We spent a weekend at the very first Savour Festival in Chelsea. The food festival was filled to the brim with phenomenal food from all over the country. We were lucky enough to be pitched next to Chicken George who kept us well fed for the whole weekend and if you haven’t tasted their chicken wings yet, you have to get there immediately! We’re still thinking about those wings and tots months later!

With a week off of events we spent every working minute prepping for the big’un – London Craft Beer Festival. This year we wanted to go all in so naturally we kitted out a Vault in Tobacco Docks. We created the Mondo Garden Party, a place to relax, hang out and drink great beer while surrounded by plants of course! We headed down to New Covent Garden Market, kitted ourselves out with foliage and built three plant walls for the weekend. LCBF is a dream event for us and it was no different this year. Thank you to We Are Beer and all of the breweries who always make it such a wonderful event. It was made all the more special by having our friends 2nd Shift Brewing joining us as our guest line for the weekend. 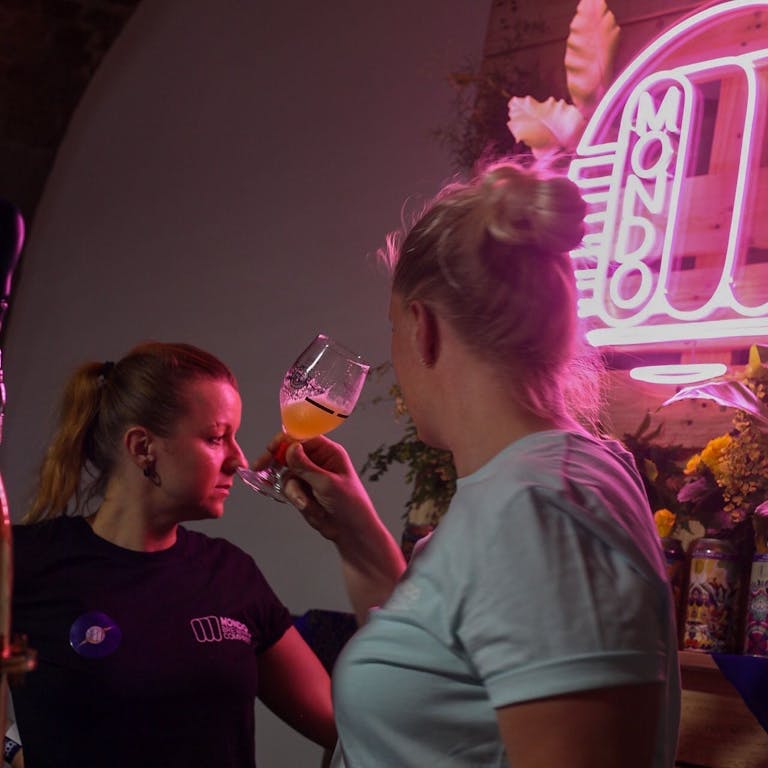 Just because the biggest event was over didn’t mean the foot came off the pedal. We had a couple of weeks to decompress before heading back to Tobacco Dock for TINtopia, the craft beer hall of Meatopia. A brilliant festival where we could showcase our cans. What’s In The Box? was the best seller and clearly pairs very well with quality BBQ!

We missed out on Leeds International Beer Festival last year so we couldn’t contain our excitement to head up there this year for our fifth appearance in its long running history of excellent beer. Relocated to the absolutely gorgeous Kirkstall Abbey, we were so lucky to be part of the lineup who got to pour in such a historic place.

The last event of the Summer was Beer Central in Birmingham, where we had the chance to drink with and say goodbye to all of the brewery friends we had made over the summer. Being able to see familiar faces at all of these events is one of the best perks, it’s like one big beery family!

Once again a huge thank you to Five Points, We Are Beer, Summer in Battersea Park, Pride in London, Meatopia, Savour Festival and Leeds International Beer Festival for filling our summer with fun, friends and, most importantly, beer! 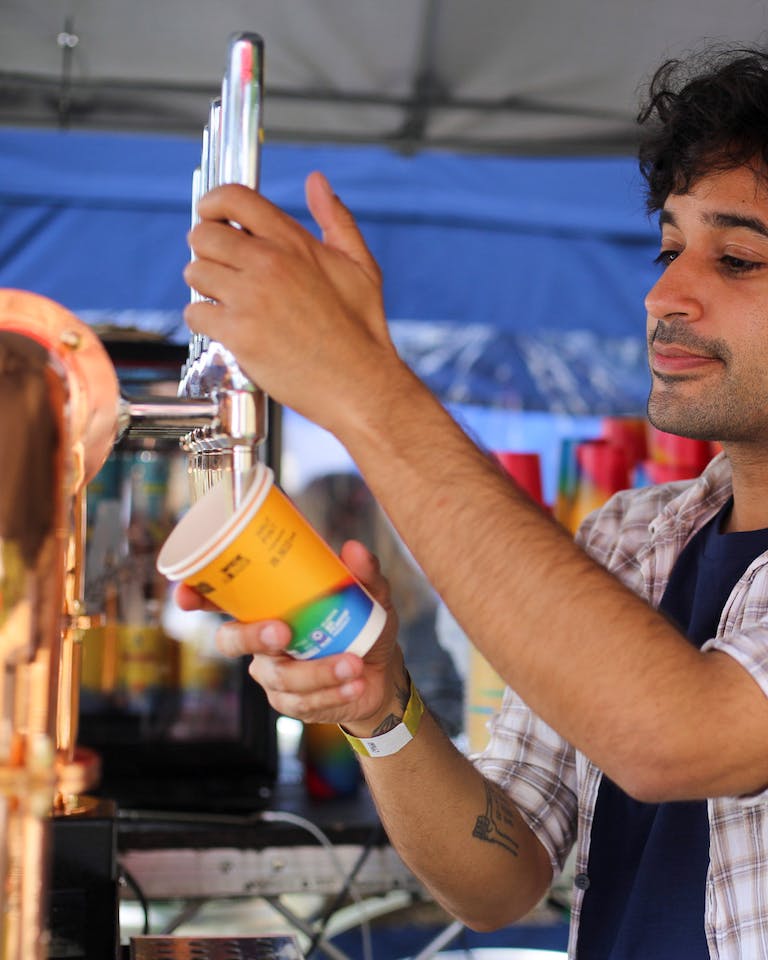