The past couple of months have been busy for Team Mondo, so we thought it was about time for a catch up.

It has been announced that Machina, our core Helles Lager, has been placed in the Top 3 beers for the Brewers Choice Awards Beer of the Year. We’ll find out the winner in December but for now we’re thrilled to have a beer in the Top 3! On top of that, we were extremely honoured to see our seasonal IPA Sun King shortlisted for the very first European Alpha King Challenge. We brewed the beer specifically for the competition and it has swiftly became one of our favourite seasonals we’ve put out.

Lately the brewery has been bustling with friends coming in to collaborate. We’ve had Will & Joe from Drop Project Brewing and Mario from Braybrooke Beer in just the last month alone!

This week we released Drop The Logic, our collaboration with Drop Project. Drop Project have been brewing up a storm down in Mitcham and it was our pleasure to welcome them to Battersea for some peach perfection. Fresh peaches compliment the stone fruit flavours typical of our house yeast, brought home with some classic hop combinations. The can artwork, designed by the one and only Luke Drozd, is inspired by conspiracy theories. So if you look closely you should be able to spot a whole host of conspiracy theory Easter eggs. 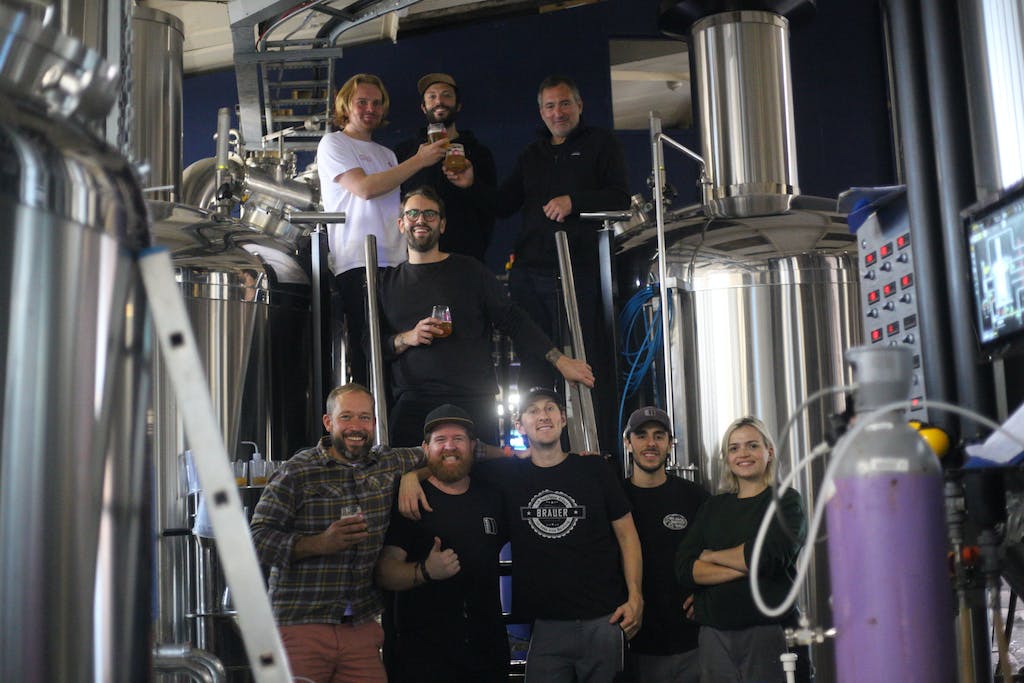 To celebrate the launch of Ludicrous Speed, a 4.6% Schwarzbier brewed in collaboration with Braybrooke Beer, we’re hosting a launch party on November 11th at The Mondo Tap. An exciting beer calls for an equally exciting event. With food from 10 Greek Street, made using Ludicrous Speed, it’s not an event to be missed. Grab your FREE ticket and get a FREE half of this excellent schwarzbier!

November is proving to be a busy month of beer releases from us here at Mondo. Not only are the Drop Project and Braybrooke collabs being released but we’ve also got Matinée Idol coming out at the end of the month. This 5.5% Stout is precisely what you’ll need to get you through the chillier months!

On the 19th & 20th November, you’ll find us at We Are Beer’s London Christmas Beer Market. We’ll be pouring draught alongside selling cans and merch. The perfect Christmas gifts for the beer lover in your life (even if that’s you! Treat yourself!).

Although the year is drawing to a close, there are still a whole host of fun things to come from us here at Mondo. Make sure you’re signed up to our mailing list to make the most of all that’s to come!

collaboration, drink local, events
August Round Up
A Year of Many Beers