A year ago the world was changing and here at Team Mondo, we couldn’t sit back and do nothing. Stuck in lockdown we knew we needed to do more. That’s when we saw a Tweet from our friends at Brewgooder.

As soon as we saw that Tweet we knew we needed to get in touch and share our desire to make change. That’s when the conversations began and the Work In Progress initiative started to take shape.

With a non-prescriptive approach, Work In Progress allows those involved to fulfil the commitments in a way best suited to fit their companies. For us, that started with what we do best – brewing beers. 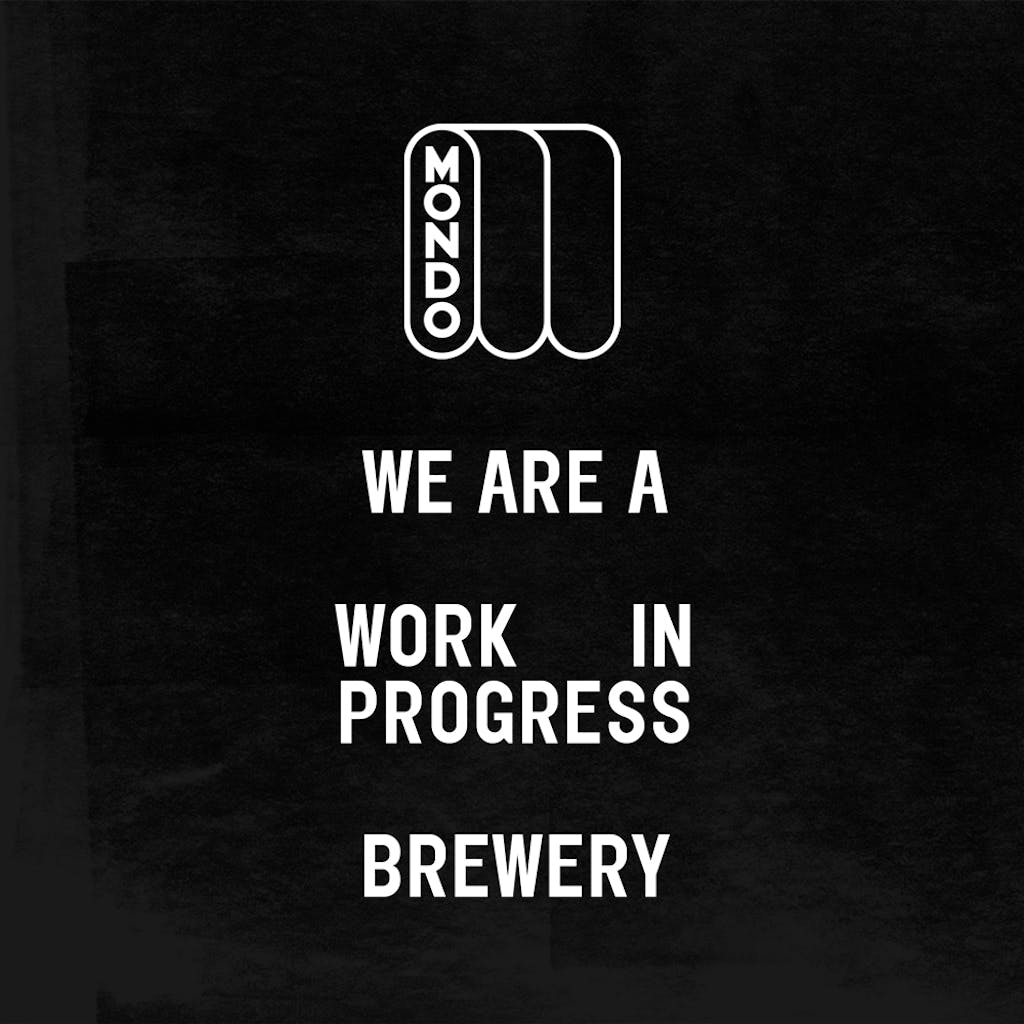 Last year’s collaboration brew with The Queer Brewing Project (the first in our Progress Series) was hugely successful with £750 from Chosen Family going to MindOut – a brilliant mental health service run by and for the LGBTQ+ community. You can read more about the collab, Queer Brewing Project and Sam Prentice (the artwork artist) in our Q1 Work In Progress Review.

To follow on from last year, we have recently brewed The Thin Line Between Silence and Approval with Rock Leopard Brewing (one of only two Black-owned breweries in the UK). Stacey, the Head Brewer, came down to collaborate with the brew team to produce a light, juicy IPA. The artwork for The Thin Line Between Silence and Approval has been created by Ashwin Chacko (@whackochacko), a Dublin-based BAME illustrator and designer interested in uncovering the social interactions that drive culture. He achieves this with the use of bold lines, shapes and positivity throughout his art.

Just as a portion of profits from our Queer Brewing Project collab went to MindOut, a portion from our work with Rock Leopard will be going to Voyage Youth – a social justice charity that aims to empower marginalised black young people and provide them with the self-awareness and motivation to transform themselves and their communities.

These collaborations with other breweries mean a lot to us. They allow us to establish important new working relationships, help meaningful causes with the profits from the beers and spread the word of Work In Progress (not to mention we get some banging beers out of it all).

Supporting charities and organisations who are helping the communities is a huge part of the initiative. We have recently started a relationship with Hart Club – an organisation in Lambeth championing neurodiversity in the Arts. In support of Hart Club, we have made two donations to their fundraiser for Hart School. The fundraiser has gone above and beyond their goal and has now closed.

Later in the year, we will be brewing a collaborative beer with Mothership for our Progress Series with Hart Club at the centre of it. A portion of the profits will be going to them and we have commissioned the 6 artists who will be chosen for Hart School to design the artwork for the beer. We’re so excited for this Progress beer but until it’s released, head over to Hart Club to see how you can help out.

If you have any breweries or organisations that you think we should work with please do let us know and we’ll try our best to continue on with this form of progress. 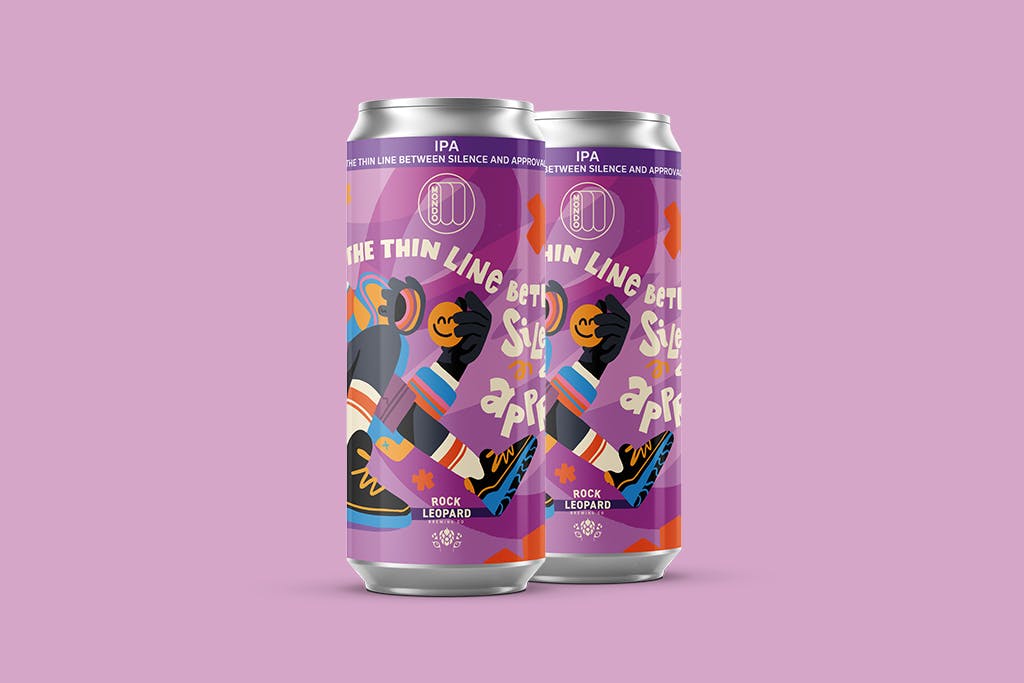 From The Inside Out:

When Work In Progress began, one of the things we realised was that our team at Mondo wasn’t an accurate depiction of the community we see everyday. Those who buy our beers (either online or in the Tap House), our friends at other breweries, our following on social media – they weren’t accurately represented within our own team and we knew that needed changing. So with our Work In Progress commitments in mind, we set out to hire a more inclusive team as new roles presented themselves.

It started at the interview process: all BAME, LGBTQ+, Disabled Persons and Female applicants who met the criteria for the job were guaranteed an interview. From this approach, Team Mondo has become more inclusive through our new hires with representatives from the LGBTQ+ community and female and BAME employees within both the brewery and the Tap House. We know the hard work doesn’t stop there, or ever, but we feel this is definitely a few steps in the right direction!

We also aim to continue discussions at Mondo that open up conversations within our whole team. As a company, we’re very close and the ability to talk about what we’re doing with Work In Progress is incredibly important to us. We endeavour to have open and honest discussions with the whole team to pinpoint what still needs to be addressed and where we could be better. Change isn’t going to happen overnight and it certainly won’t happen if its not a team effort.

Looking Back and Moving Forward:

Looking back on the 7 commitments we made a year ago, we can highlight where we have taken steps and also where we have fallen behind. When those Work In Progress commitments were created they were designed to be just that – a bit of a work in progress. Not final or set in stone but fluid and changeable. As we move forward into another year as a Work In Progress brewery we will continue to review these commitments, the wording of them, what they communicate and what they achieve.

Reviewing the commitments we can see where we have “stuck to the brief” and where we’ve taken a bit of “creative license”. Did we establish a progress fund? No, not really. Instead we decided to directly donate the profits of the Progress Series beers to organisations that aligned with the collaboration. We felt it made it more personal, establishing a real connection with these organisations. So maybe we need to reword this commitment, maybe we need to reword all of them to help better ourselves within this initiative but that’s something that’s going to come with time. After all, it’s all a Work In Progress.

charity, progress, Work In Progress
THINGS ARE HAPPENING
August Round Up